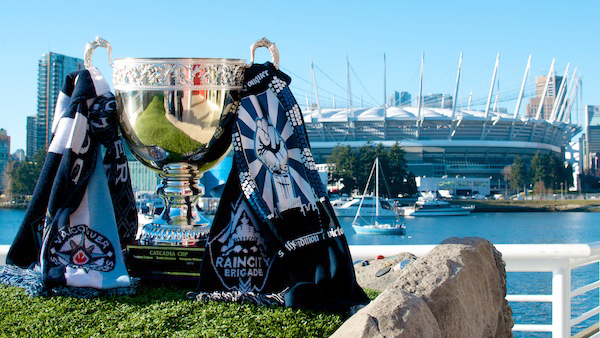 Earlier this year, the representatives of the Cascadia Cup Council confirmed that the Cup would indeed be awarded in 2021 after a balanced schedule that allowed for supporters to attend in person was made available. After five of the qualifying six matches, the winner of the Cup will be determined by the result of the final match between the Seattle Sounders and Vancouver Whitecaps on November 7, 2021, with multiple tiebreaker scenarios in play.

Potential results are as follows:

Tiebreaker rules for the Cascadia Cup are as follows:

As such, Scenario A is clear: a Seattle victory or draw makes them the winner with the most points.

For Scenario B (Vancouver wins on 11/7 by 3 or fewer), all 3 teams will be even on 6 points, therefore the goal difference tie-breaker would be calculated among all three teams. If Vancouver wins by 3, GD would be Seattle +2, Vancouver 0, Portland -2, resulting in Seattle named the victor.

For Scenario D (Vancouver wins by 5 or more on 11/7), GD is among all teams, with Seattle at 0, Vancouver at +2, and Portland at -2, resulting in Vancouver securing the Cup.

We hope this clarifies any questions or concerns about the awarding of the 2021 Cascadia Cup.