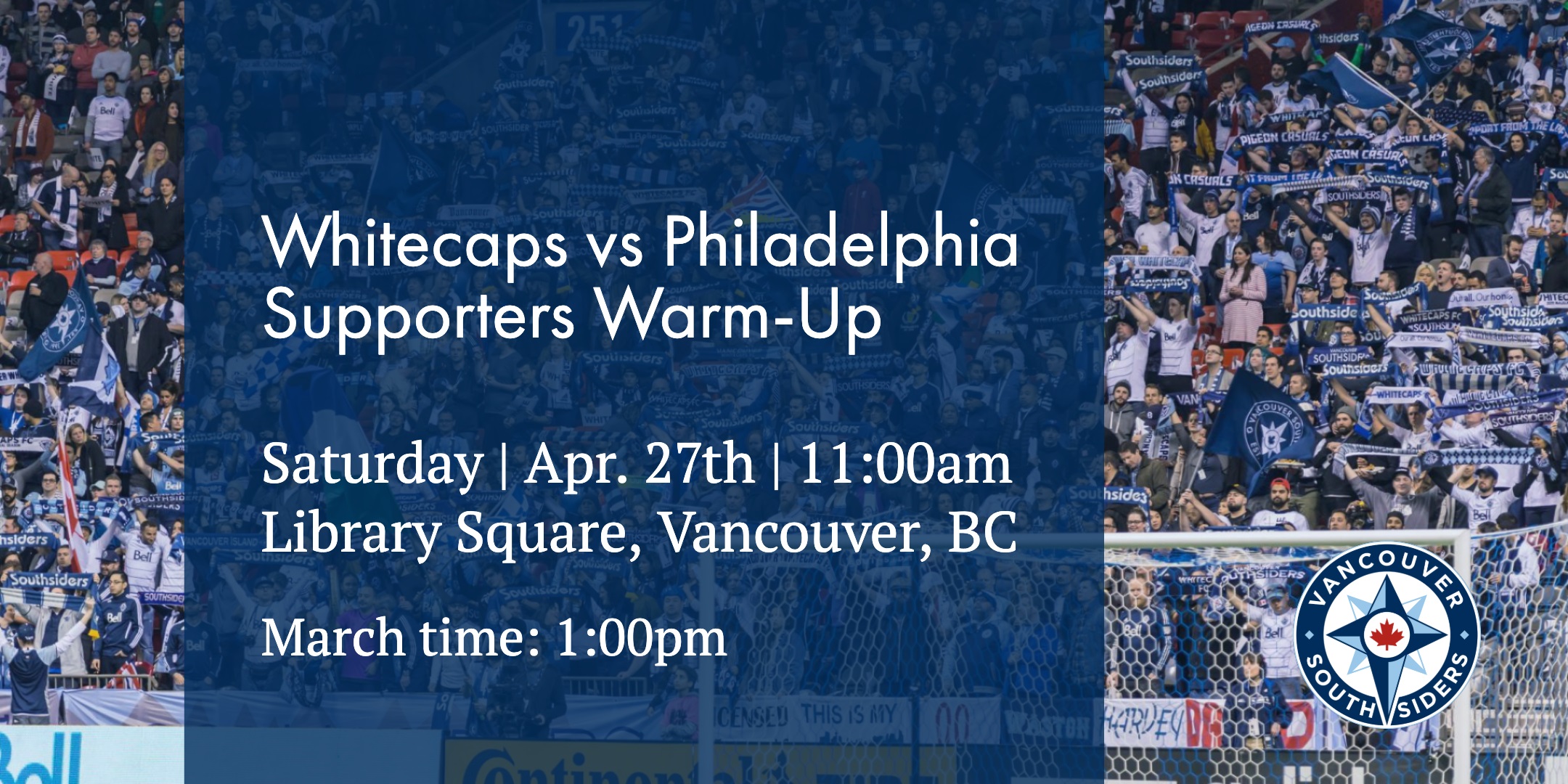 The Philadelphia Union are what’s known as “a playoff team”, which means if we ended the season 26 games early, Philadephia doesn’t have the chance to go on a 26 game losing streak started by the Whitecaps pounding a dozen goals past them this Saturday. Oh and they’d be in “the playoffs / play-ins, let’s not commit to one name for our constantly changing post-season turkey shoot.” Mostly because they didn’t lose 26 games in a row. A losing streak that starts this Saturday. Book it.

Tactical analysis: If the Whitecaps can score more goals than the Union, then whatever the formation and tactics employed by the visitors, they were wrong. If the opposite happens, the Whitecaps were probably screwed by VAR and you shouldn’t read too much into it.

The Whitecaps have not materially addressed any of the ongoing concerns of Ciara McCormack and the former U20 Canadian National Women’s Team player pool members. In fact, things have worsened for the Whitecaps, as it has come to light that they employed someone as a youth coach that was previously turfed from his position at Notts County due to racist actions. They claim that they didn’t know of the charges (later proven) against the coach at the time. Sound familiar?

The protest action taken at the last home game has had the desired effect of getting this very important issue fully out into the public eye. Perhaps as a result of the increased media attention on this matter, Whitecaps executives and owners have reached out to supporters groups. We are arranging to meet in person with them in the coming days.

We are still committed to supporting the women who have come forward with their stories of abuse and harassment at the hands of their former coach. Until they have had their concerns addressed to their satisfaction, our club’s executives and owners must hear & see our displeasure at their handling of this matter both in the past and presently.

If you feel that the Whitecaps executives must address the ongoing scandal fully, and take accountability for their actions, please join us by leaving your seat during the 35th minute of the game on Saturday wherever in the stadium you may sit or stand. We will support from the concourse again for the final minutes of the first half. Should you choose to remain in your seat, you can still support our protest by messaging the club directly to signal your dissatisfaction.